​Roxana Moișanu and Mladen Spasinovici, both solo instrumentalists in the orchestra of the Bucharest National Opera,  had their first recital as Duo Cell'Arpa in 2011.

Both eager of high quality music, they decided to combine their instruments in a rarely used chamber ensemble. This unique mixture of beautiful and touching sounds, which can be either very soft or powerful, combines the elegance and sweetness of the harp, together with the sensitiveness and the strength of the cello. 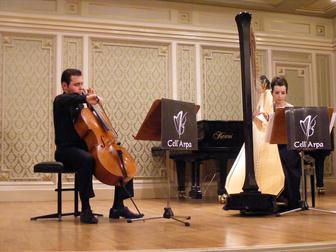 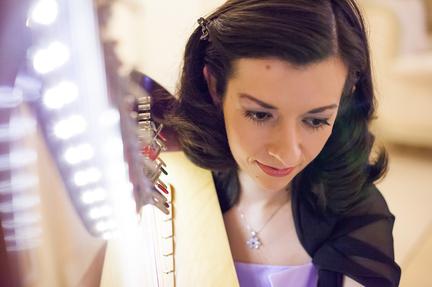 A nice feature of Duo Cell'Arpa is their possibility of performing on both classical and modern instruments. Except the classical concert harp (No. 30 by „Lyon & Healy"), Roxana performs on electroacustic celtic harp (Egan by „Salvi”) and electric harp DHC  by Camac, while Mladen chooses a more innovative cello made of carbon fiber by „Luis and Clark”.

Harp solo or duo Cell'Arpa with Mladen Spasinovici on cello